These extraordinary pictures show what is believed to be Britain’s cheapest house – which is on the market for just £7,000.

27 Noel Street, in Gainsborough, Lincolnshire, is in a state of utter disrepair – with many rooms covered in rubbish and others with extensive fire damage.

The Victorian terrace was targeted by arsonists in July 2013. No one was hurt in the fire

The home has two bedrooms, running water, gas, electric and mains sewer connection and is listed on Right Move. 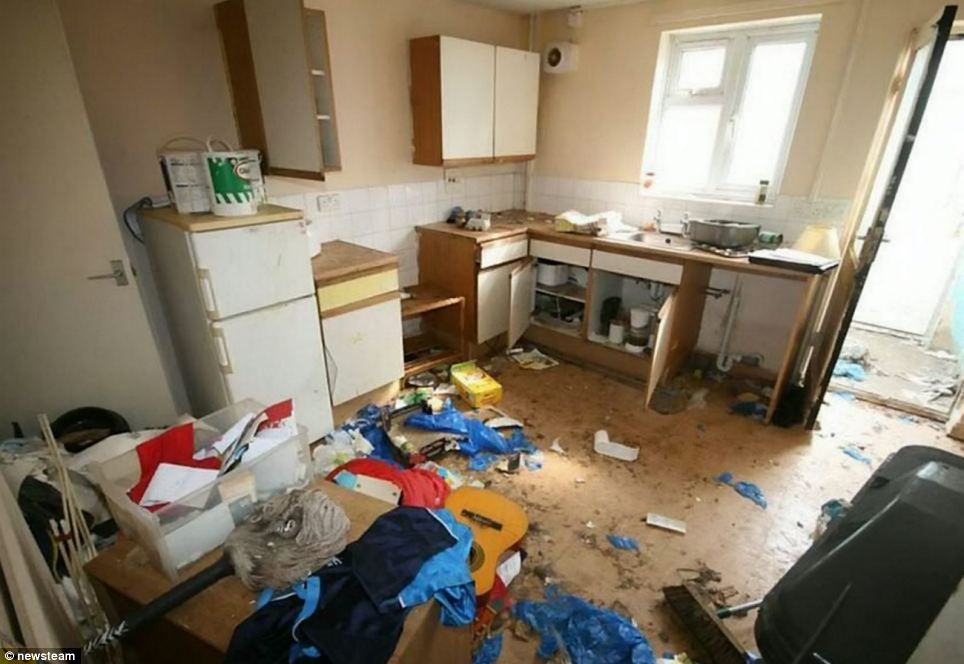 Number 27 Noel Street in Gainsborough, Lincolnshire, is thought to be Britain’s cheapest house – and is on the market for £7,000. Pictured is the rubbish-strewn kitchen 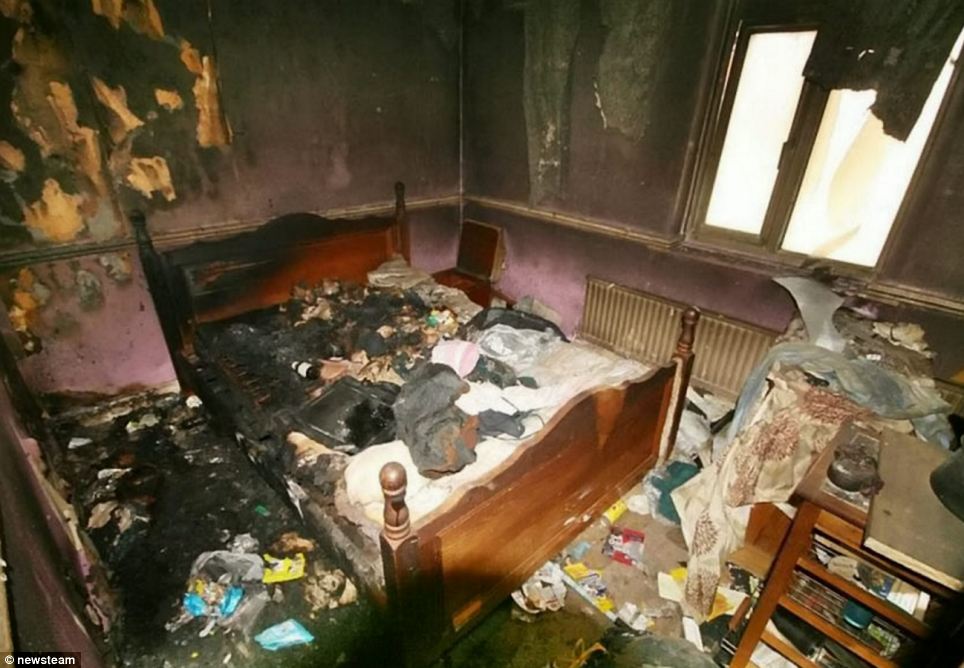 One of two bedrooms inside the Victorian terrace house, which has extensive fire damage. The property was targeted by arsonists in July 2013 and luckily, no one was hurt 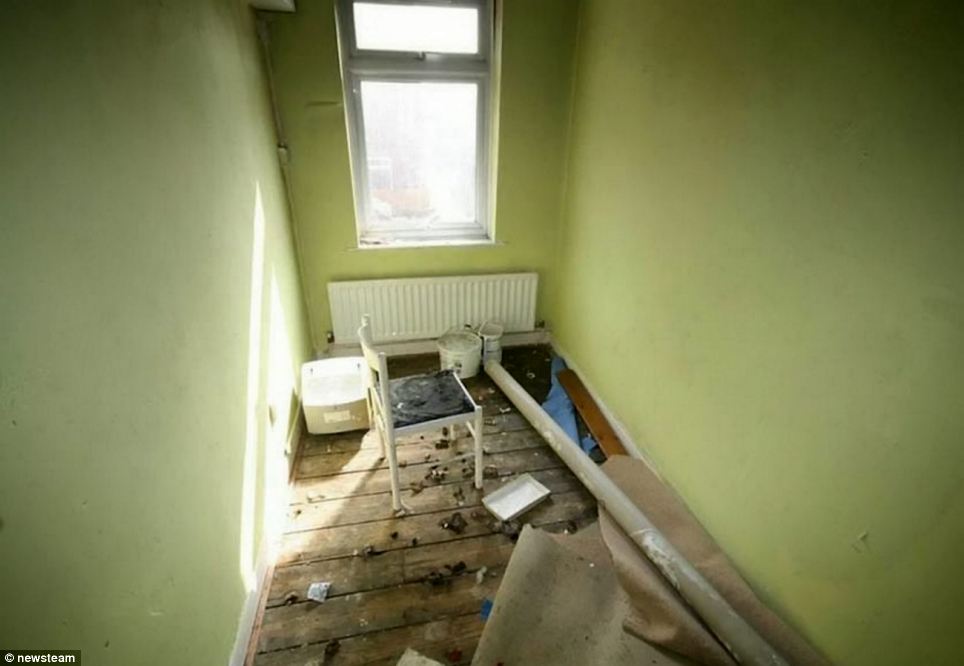 Another of the rooms in the property – with old carpets and broken furniture scattered across it. The home does come with a brick outbuilding and rear yard, however

It comes complete with a rear yard, a brick outbuilding and double glazed windows.

The kitchen, complete with a smashed up acoustic guitar, has no oven, but does include a stained fridge.

The adjoining front room has boarded up windows and an upturned sofa set amongst dirty duvets and crumbling plaster.

Images of the upstairs reveal heavily fire-damaged bedrooms with filthy stains covering most of the walls.

Meanwhile the bathroom, which features a toilet with no seat and painted a garish purple, is optimistically described as having ‘three piece suite comprising panelled bath and pedestal wash basin, mid flush W.C., single radiator.’ 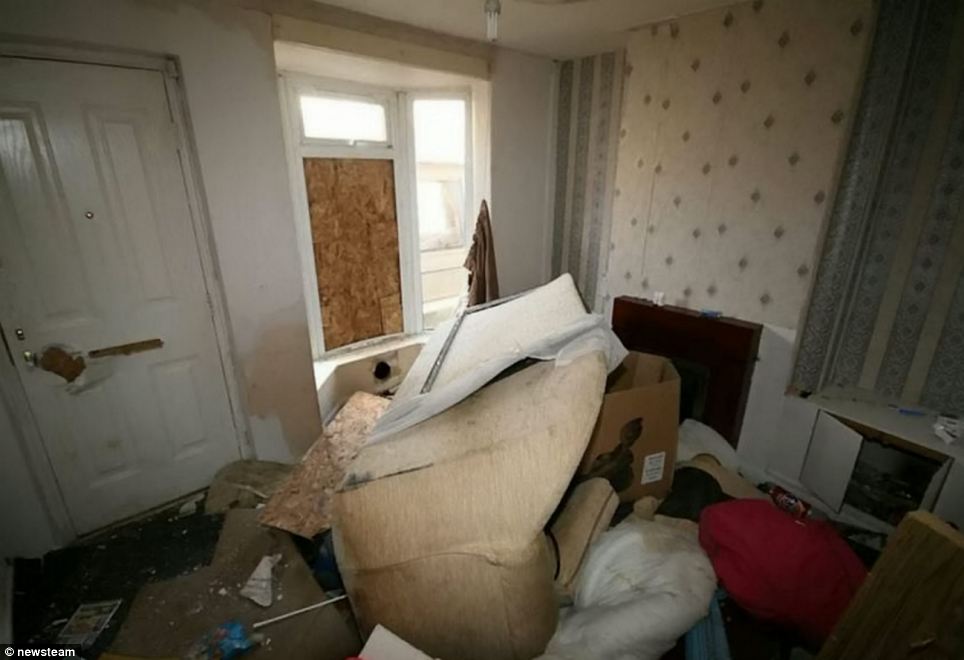 The front-facing living room of the terraced house – which comes complete with boarded-up windows, an upturned sofa and piles of rubbish 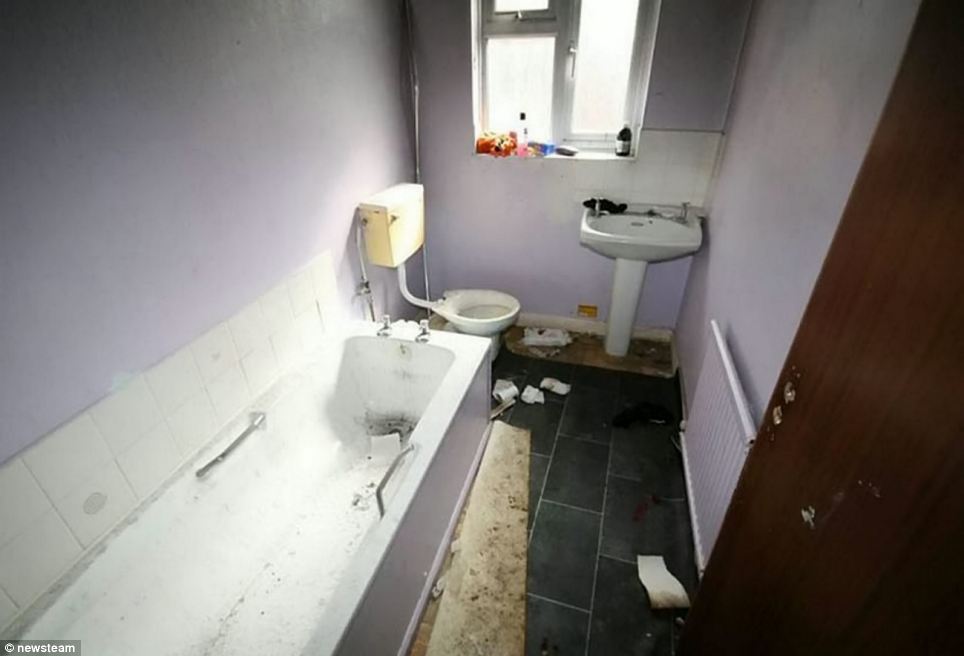 The property’s particulars claim the bathroom, pictured, it fitted with a ‘three piece suite, mid flush WC and a single radiator’ 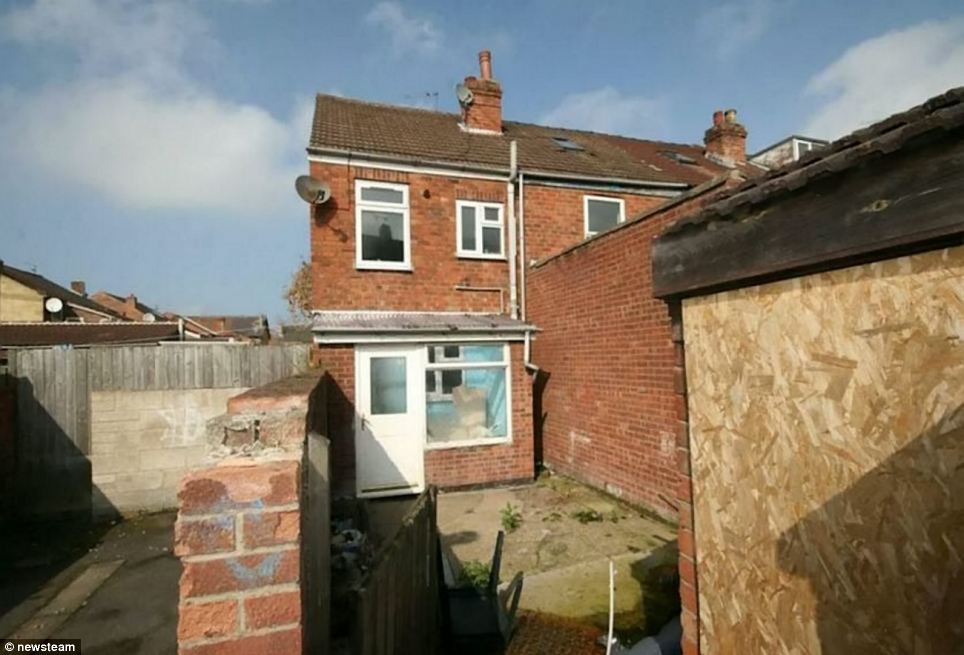 The rather small back yard of the house complete with brick outbuilding, right. Other properties on the street are valued at up to £97,000

The property has a £7,000 asking price and will be auctioned on May 13 by JH Walter. Other houses on the street are worth in the region of £97,000, according to one property valuation website.

While many parts of Britain are going through a housing boom and the average London home now in the region of £400,000, the property is believed to be the cheapest in the country.

It will be sold with a 10 per cent deposit and the agents say it will only take eight weeks for completion.

The house was hit by an arson attack on July 17 last year. Crews from Lincolnshire Fire and Rescue Service were called at 9.30pm after neighbours reported seeing smoke billowing from the property. No one was inside the house at the time of the attack.

Arsonists set fire to the shed and the blaze quickly spread to the first floor of the property.. 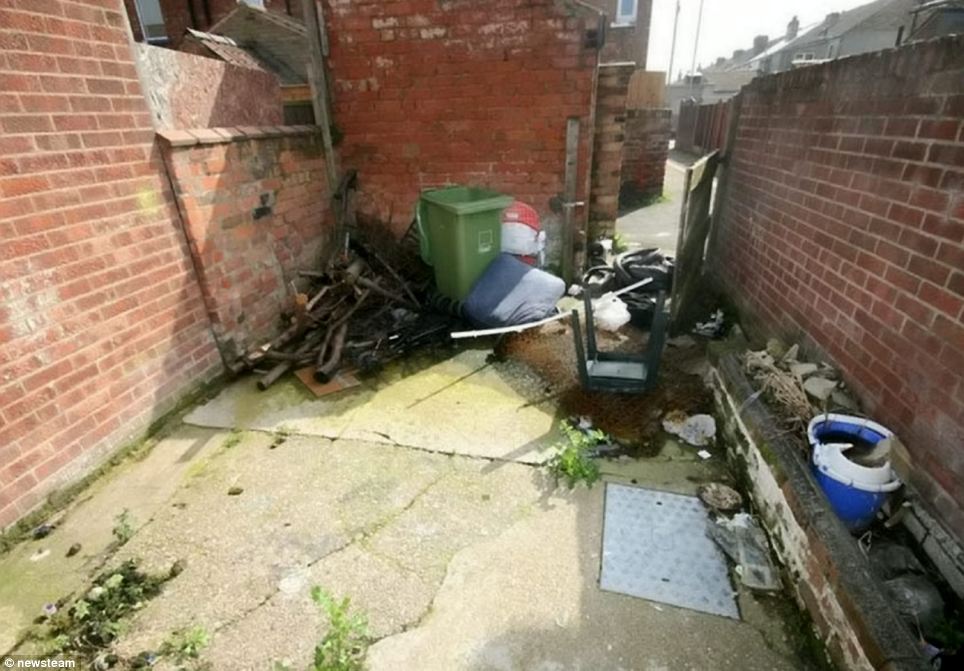 Unfortunately, the back yard is also covered in rubbish and debris. The home will be auctioned on May 13 and its owner will have to put down a 10 per cent deposit

The front of the property – which estate agents say will only take eight weeks for completion. Average house prices across the country have surged by £14,000

Across the country average house prices have surged by £14,000, or 8.8 per cent in a single year, rising at their fastest pace since 2010 the latest house price index has revealed.

Earlier this month a three-bedroom semi-detached property in Erdington, Birmingham, fetched its full £114,950 asking price despite being advertised with every room full of rubbish.

Don’t forget to get a Survey done. You will need  a FRICS or MRICS Surveyor.  You could use www.taylorwilkinsonltd.co.uk to find one.